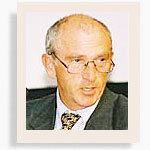 Stephen, who directs the Business Ethics Centre of Compliance Australia, is also the founder and director of the Graduate Programs in Professional Ethics at the University of New South Wales.  Aside from his academic work in ethics, moral reasoning, business and professional ethics, and philosophy of law, Stephen has over fifteen years’ experience in consulting widely to the public and private sectors, the professions, and peak bodies throughout Australia.  The consulting work has involved such things as ethics training, development of codes of ethics, analysis of ethical and compliance systems, corporate governance, development of ethical decision-making models, and social/values audits.  Stephen has been sought after both for development of high-level and high-quality ethics awareness programs, and to help organisations fight ethical fires.

Stephen has a history of many years working with the RTA on a number of its initiatives regarding ethics awareness and ethics management.  This involvement has been at nearly all levels of the Authority’s employees – ranging from the General Manager and the Executive, to SES officers, to managers in all areas, to specific ethical concerns of various regions, and to tow truck drivers.  Here, too, his involvement has been both to develop and roll-out programs as prophylactic and proactive, and to help with fighting ethical fires or to help with dealing with particular ethical problems.

Stephen is currently completing a research project, “Ethical Excellence in the Public Sector of New South Wales”, jointly funded by the RTA, the NSW Department of Commerce, and the Australian Research Council.  His book, Business Ethics, is the most widely used business ethics text in Australian universities.  The fourth edition of this text was published earlier this year.  Stephen has published widely in the areas of applied ethics, business, professional, and public sector ethics, corporate governance, moral reasoning, and the philosophy of law.