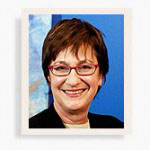 Christine works with boards and management to transform their processes and relationships, to achieve seamless governance. She specialises in organisational culture which at a practical level encompasses the improvement of board performance, the role of ethics in governance and the structure of organisations, in both the commercial and not-for-profit sectors. This includes the development of organisational policy, which is the critical component of governance.

Christine is an experienced company director and corporate adviser. She has been the Chair of several companies and many board committees. Originally an economist for the Reserve Bank of Australia, Christine moved into investment banking, where she was involved in major industry restructuring projects, long term strategy formulation, commercialisation of ideas and technologies and she has been personally responsible for several business start-ups. She was a founding partner of an Australian investment bank in the 1990s.

Christine has been an executive and non-executive director of many companies, public and private, and on the board of several Commonwealth statutory authorities. She was a NSW finalist in the Telstra Businesswomen’s Awards in 2002 and is an author and presenter on the role of the board and duties and responsibilities of directors for the Australian Institute of Company Directors.